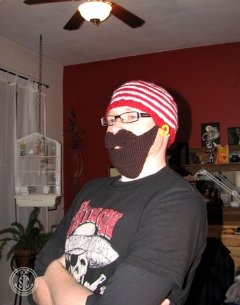 The fabulous Nven knit this amazing pirate hat (based on a similar one from Craftster) for the boy! The poor thing had a rough start: we received it mere moments before going to see the new Star Trek movie, so it came along to the theatre where it was passed around the group to try on and act like silly pirates. Alas, in the excitement of phasers and explosions, poor pirate hat was misplaced and feared lost. The theatre was searched, rewards were offered, but we soon gave up hope. Then yesterday, while searching for an errant book, I spied a stripey knit thing poking out from between text books on the upper most shelf of our bookcase. Apparently pirate hat had been stashed up there, safely out of reach of kitties, only to be forgotten (I also discovered two other hats and a mitten up there)! Boy and pirate hat have been happily reunited, and all is good in the pirate world. Thanks Nven for your amazing work!!! 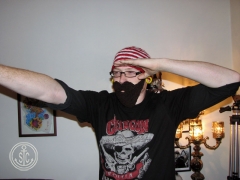 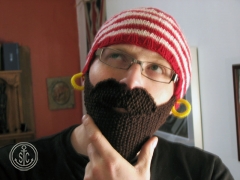 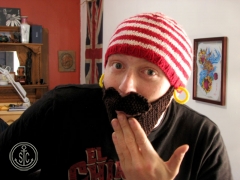 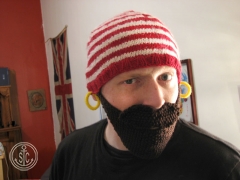