I’ve begun the tedious process of wiring up all my carefully collected bits of jewelry for my bouquet. Over the weekend I managed to finish about 30 of them and I’ve definitely got the hang of it now, but there are still 20-50 left to go, depending on which internet tutorial you believe. I picked up packages of precut 18 gauge florist wire at Michaels (mostly because its just more convenient and they were having a 25% off sale) as well as three rolls of green florist tape and a roll of 20 gauge wire. It took three or four tries to figure out how I wanted to do it but i settled on this: I use a length of the 20 gauge wire to create a 2-3″ twisted wire stem on the back of the piece of jewelry (usually anchoring it to either the two ends of the pin back or any other concealed bits of metal), and then use the florist tape to attach it to the precut 18 gauge wire. It also took a few attempts to figure out how to use the floral tape which leaves waxy residue on everything and is just generally obnoxious. It seems to work much better when wrap multiple wires together, like with some of the heavier pieces of jewelry.

Slightly worrisome discovery: the flowers are heavy. You don’t notice when you’re working on one but if you grab a handful of them, it’s quite surprising. The internet made no mention of this though I probably should have figured that out on my own. Its heavy and pointy and maybe even a little dangerous… but it sure does look pretty :) I wonder what the people in customs will think of it when I try to carry it on with me. 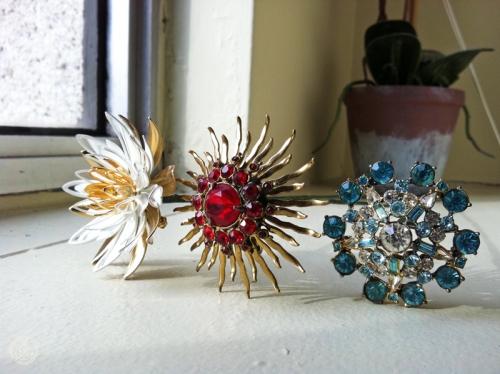 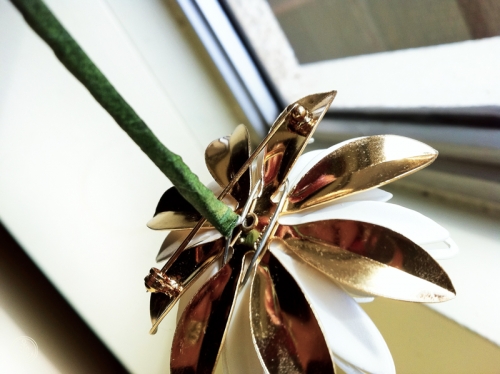 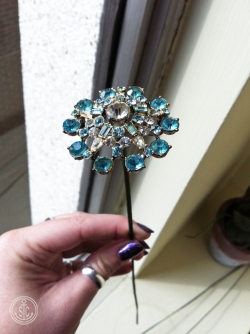 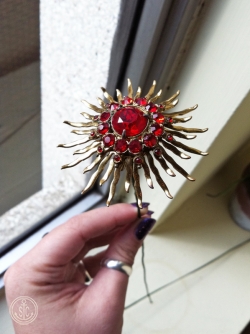 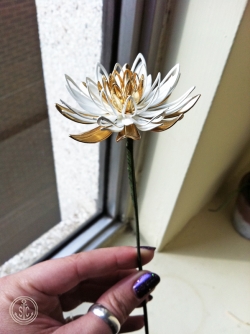 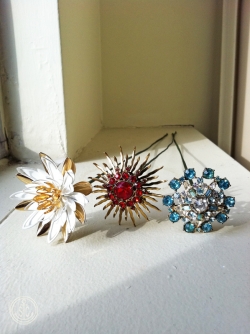