The theme of the fifth installment of the Let’s Do The Time Warp Challenge (hosted by Neverland Nail Blog) is “We Can Do It!” Rosie the Riveter said so! Create a manicure in honor of an influential woman in history. This was a tricky one: I had lots of interesting ladies in mind for this (Rosalind Franklin and Ada Lovelace, to name a few) but couldn’t think of how to translate them to a manicure. I finally settled on Mary Shelley as my inspiration. Shelley was a gothic author best known for writing Frankenstein, and was a bit of a political radical in her day. Frankenstein is considered one of the earliest examples of science fiction, and spawned a whole genre of horror stories. 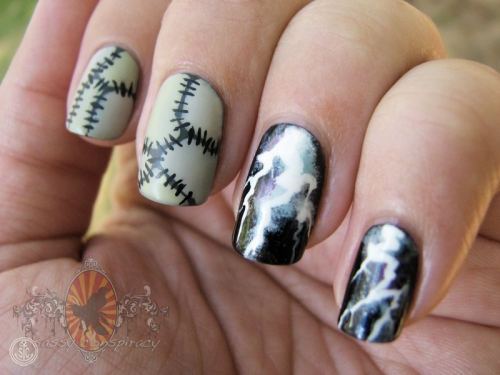 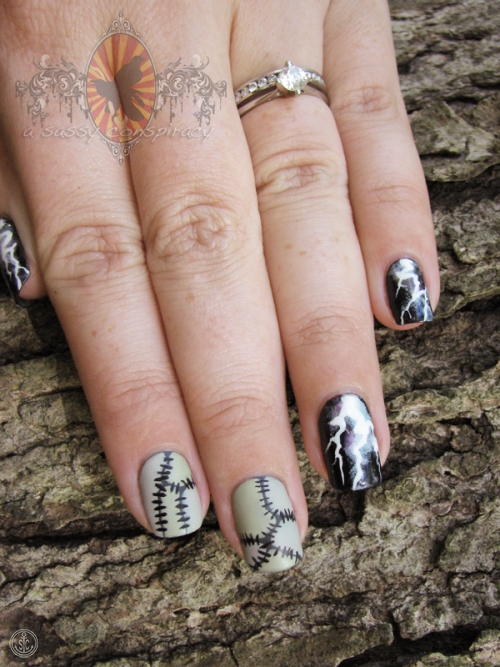 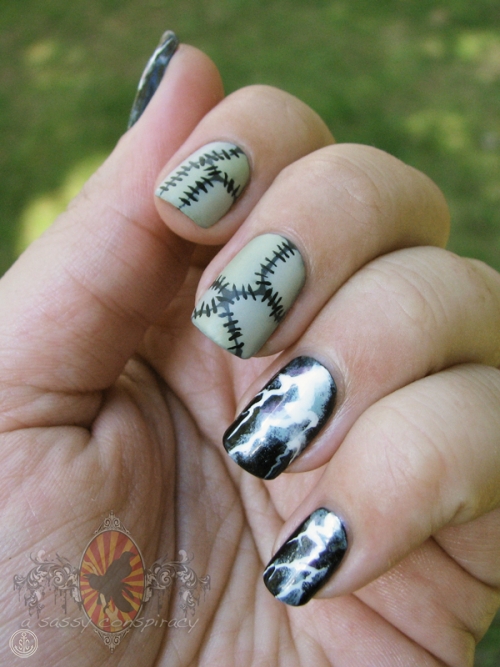 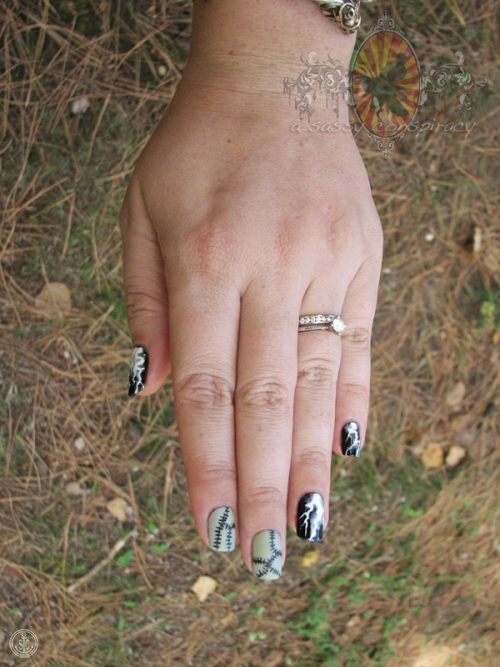