Our local Holt Renfrew got in a very limited number of the Deborah Lippmann True Blood sets last week so I picked up the Sookie Sookie duo (there were three True Blood themed sets in all, inspired by the HBO show). Ah True Blood, how I want to love you… the first season was so damn good, and I will admit (rather sheepishly) that the books are a guilty pleasure of mine… and then there is the lovely Mr. Skarsgård… but I just want to slap the writers sometimes. Actually, no, ALL the time. Seriously, read the damn books and write a decent script already. But I digress. This set consisted of two, full-sized polishes: Human Nature, described as a “mortal putty taupe” and Fairydust, an “ethereal shimmer”. I’ve used two coats of Human Nature, and one coat of Fairydust here. Both polishes had nice application and I can see myself using Human Nature fairly often. I didn’t get a photo of it, but it’s also worth noting that the packaging for the set is quite lovely – the box is made from matte black cardboard with  embossed and varnished designs on it, very swank. 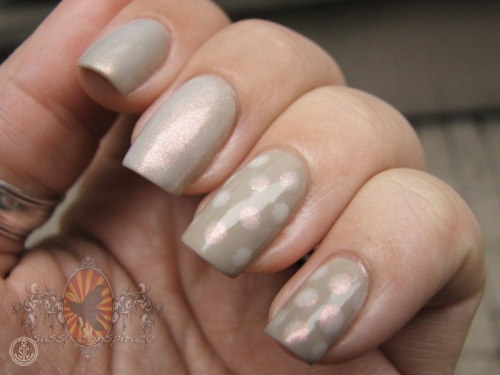 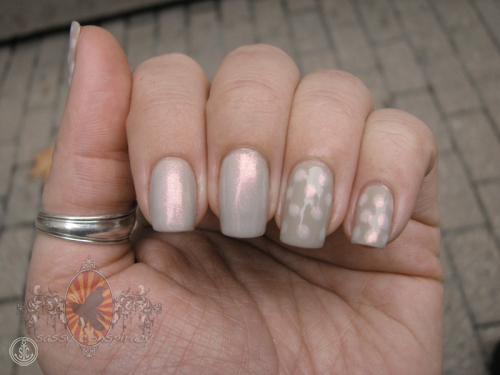